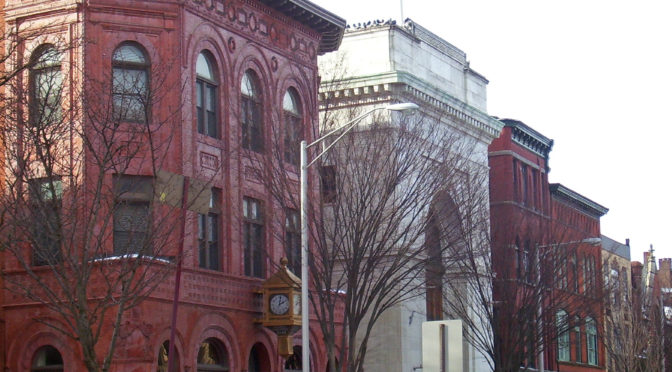 Governor Dannel P. Malloy today announced that twenty projects in towns and cities across Connecticut will receive nearly $11 million in funding under a competitive grant program that will support transit-oriented development (TOD) and responsible growth, targeted at boosting economic activity and creating jobs.

Three of the twenty communities are members of WestCOG, Danbury, New Canaan, and Westport. Their grant awards total over $800,000.

“Investing in transportation is critical. Transportation and the future of our economy are fundamentally linked. Our focus is on not only improving overall quality of life for residents in these areas, but also encouraging economic development by making our towns and cities more accessible,” Governor Malloy said. “These grants will help us take another step towards making our state more competitive.”

“The grants announced today will make Connecticut a better place to live, work, and compete in the 21st Century. These projects will improve pedestrian connections, increase multimodal transportation options, encourage infill development and discourage sprawl. And they complement the historic investments being made in public transit under the Let’s Go CT! initiative,” OPM Secretary Ben Barnes said. “By promoting transportation alternatives, the projects will decrease emissions and road congestion in high traffic areas. This is the type of critical funding that we must continue to invest in our towns and cities.”

The grants announced today for the WestCOG Region include:

For more information on the other winning projects, see the Governor’s press release.

Presentation on the Regional Freight Land Use Study